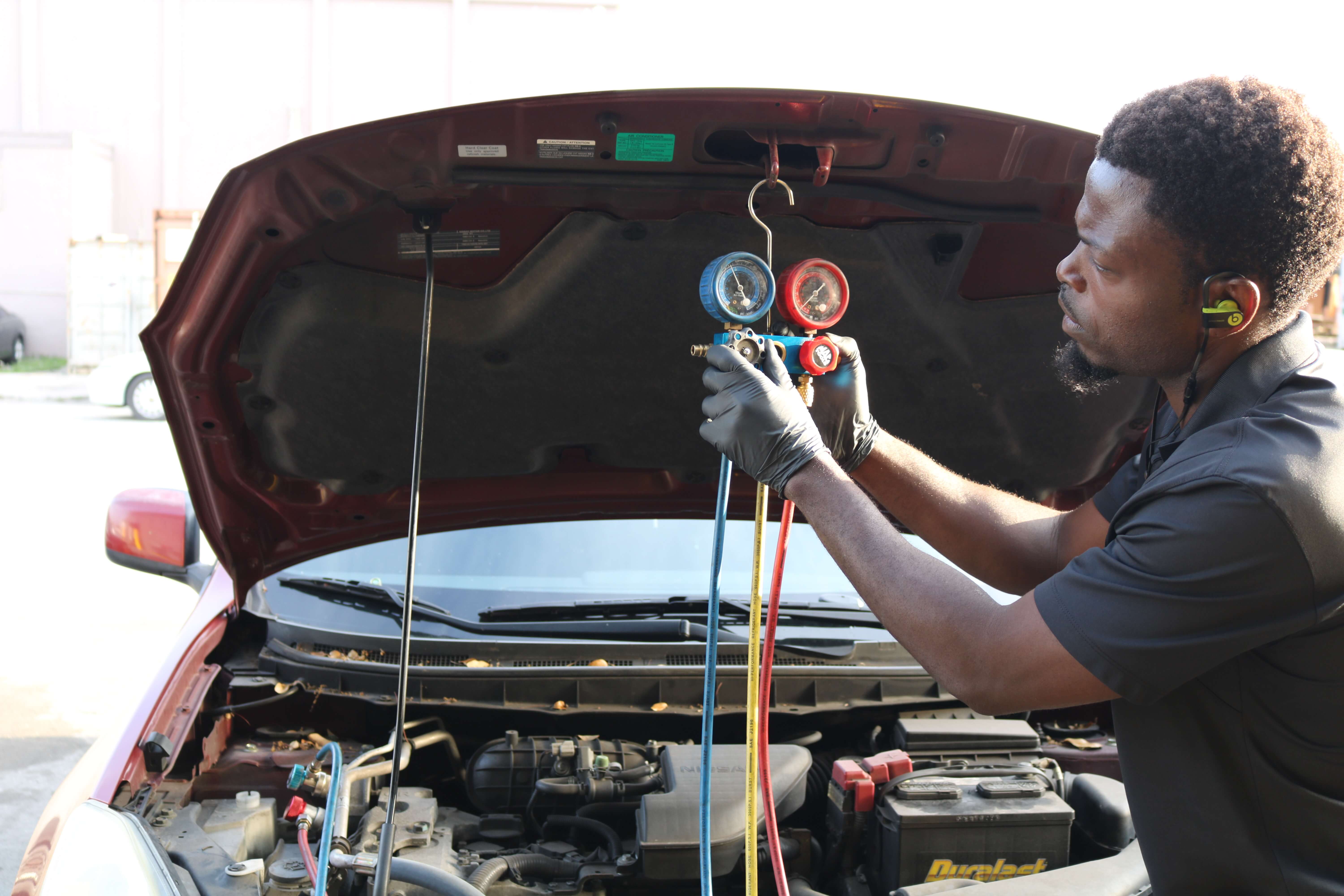 Ensuring optimum passenger comfort in your car should be a priority particularly on those hot summer days when you need it the most and having a regular car air conditioner service will make sure of that. On the contrary to what most of the people believe, the air-conditioner system does not simply blow cold air into the car but it is designed to remove the hot air from within the vehicle cabin. Sounds more complicated now, right? The air-conditioner system is composed of several components, for example, evaporator, blower, expansion valve, compressor, drier, and condenser; and in order to do its job properly, they must operate effectively. These mechanical parts are prone to wear and regular system servicing helps to protect them from breakdown.

· How to recognize there is an issue with the AC unit?

With so many parts, merely said it is hard to decipher what the actual trouble is when you sense that there is insufficient cooling in your car. A number of things can go wrong but most commonly dirt and moisture are the main culprits. A common issue is blockages in the condensers and in filters caused by a build-up of dirt and dust which ultimately prevents the flow of cold air over the cooling coils, so there will be a significant noticeable decrease in cold air. Besides the air conditioner lowering the inside temperature of your vehicle, at the same time dries, cools and cleans the air by forcing the warmer one to release outside. If moisture contaminates the air conditioner in the car, it will fail to cool the surroundings. Within the air-con bacteria, fungi, and micro-organisms can develop especially during winter that can cause pungent odors.
You can notice weak airflow that can be caused by dirty evaporator core or dirty cabin air filter. The air isn’t as cool as it used to be. This can be caused also by several reasons like a Freon leak caused by a failed O-ring, hose, or seal, vacuum leaks, failed compressor, clogged expansion tube, and damaged condenser. Leaks in the A/C system can be devastating if they affect your cold air for a while and can cause moisture to enter and damage other vital and expensive parts.

Your vehicle’s air conditioning systems should be serviced annually, every single year. The A/C plays an important role, especially in the hot summer days. During a routine AC service, the focus is put on cleaning the entire system. Depending on the model, sometimes the bumper is removed to access the needed parts. High-pressure water is used to get rid of all the dirt and the dust. The air filter is also changed in the same process. A brief basic checklist is followed by the AC technicians composed of several tasks: replacing the air filter, cleaning the blower unit of the AC/ fan/ and the condenser coil, replacing the compressor oi, flushing the AC system and tops up the refrigerant, checks if the electrical connections are fine.
Air conditioning plays an important role when it comes to comfort in your vehicle although drivers don’t truly and fully appreciate it until they don’t have it anymore and hence it is needed to be serviced preferable ones a year even if the system is seemingly running fine. The proper reaction and one on time will prevent in creating bigger more expensive problems.